Britain's most remote inhabited island. We flew in this morning. It feels like we are walking into a painting. Think Norway meets Hawaiian islands and Father Time and Mother Nature have a field day. 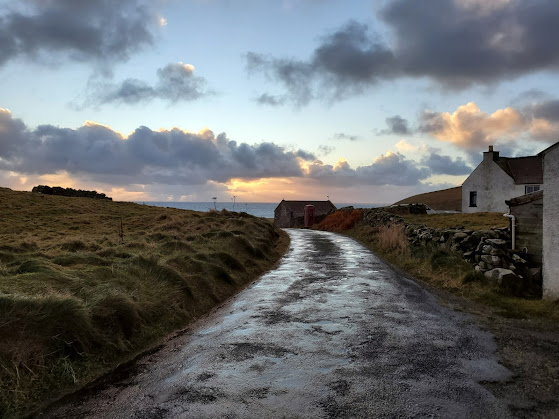 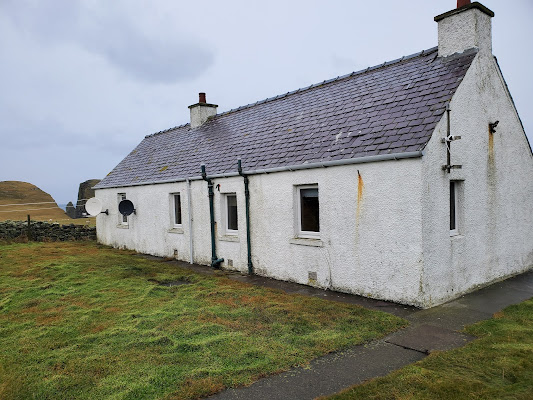 Far Out Yet Still Close 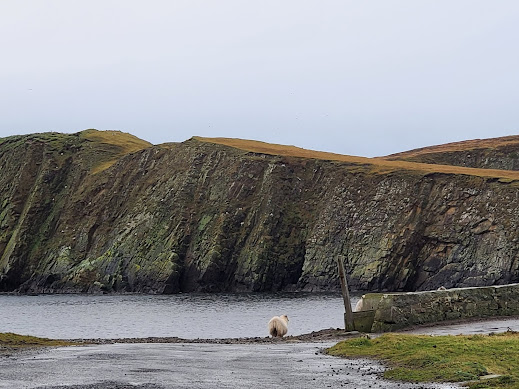 First, Sarah and I flew into  Lerwick, Shetland's mainland via Edinburgh, Scotland.  Next, we got a PCR test for Covid (Think Positive Test Negative).

Then, we  followed-on to  Fair Isle,  population 55, now 57! What a place to self-isolate during the global pandemic!

At first I thought Fair Isle was- the Faroe Islands (That's Danish and in the sub Arctic Circle). The Shetland Isles are located in the North Atlantic, Closer  to Norway than to Aberdeen. Go Vikings!
FAIR ISLE Are we there yet? Being there...
There are two choices for transport to reach the island - take it or leave it.
The first involves a 20-minute straight run  aboard a 'puddle jumper, 7 seater fixed-wing plane from the mainland of Shetland –  a  twin engine prop plane- heart-in-the-mouth flight- up-close and personal with the pilot and his control dashboard.
Thankfully, that link was not cancelled, due to fog, wind or just plain bad weather, then it would have been a ferry,  actually a converted fishing vessel, the only other alternative, a notoriously 2 hour rough crossing aboard the island’s ferry, the Good Shepherd IV.  Sometimes the  North Sea is even too rough for the ferry. 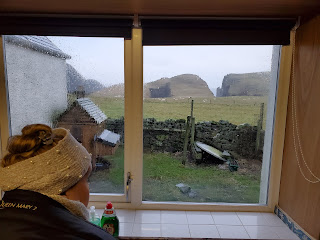 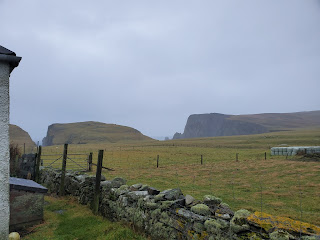