A Jewel In The Ocean

Set in the middle of the North Atlantic, 38km (23mi) from  Shetland and 43km (27mi) from  Orkney, Fair Isle is as far away from civilization as it’s possible to get in the British Isles. Measuring barely five kilometers across and two kilometers wide, the island is home to a tiny permanent population of just 45 people. In fact, it’s the most remote inhabited place in the UK. 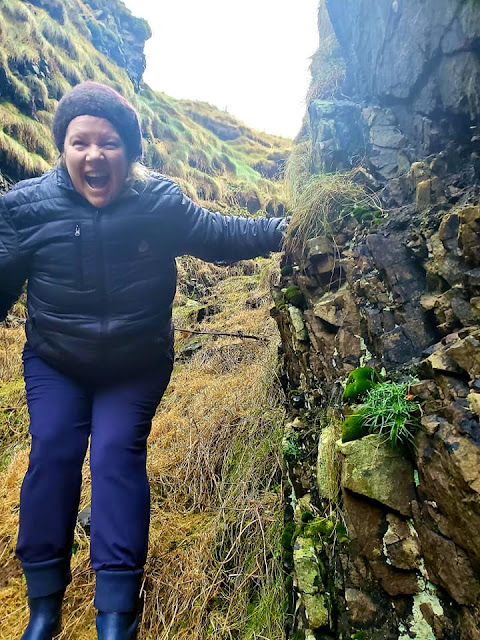 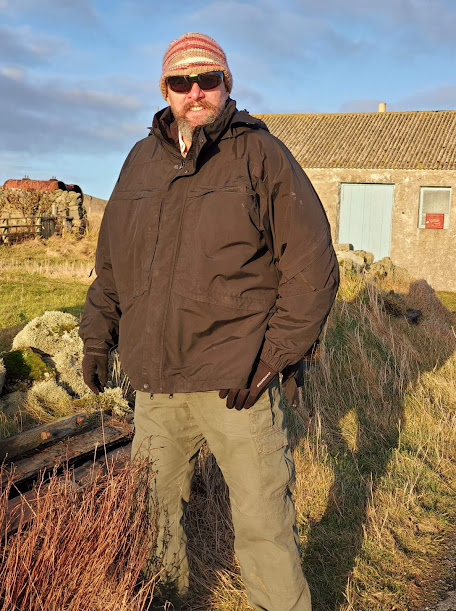 The number of sheep in all the Shetland Islands, is calculated to be between 70,000 and 80,000, though this is considerably above the real number at present (Present day values are approximately 150,000 breeding ewes). The Shetland Sheep breed or variety resembles the argali, or wild sheep of Siberia, more than any other domestic breed does. Mr Culley makes a distinction between the dun-faced, or breed of the interior of the Highlands of Scotland, and the Shetland breed, and agrees with Mr Johnson in thinking that there are two distinct native breeds of sheep in Shetland. This kindly breed Mr Culley has also been mislead to consider as a Spanish breed, under the brief appellation of ovejas marinas. The gentleman who gave him the information, had evidently mistaken the merino breed for this short tailed breed of Shetland and the interior highlands of Scotland, which, however, they (the merinos) do not resemble, except in a slight degree, in the colour of the face, though the face of the merinos have a glossy hue, which those of the short tailed breed, on attentive examination, will be found totally destitute of. The wools of the two breeds are quite different in their qualities, and suit as different purposes. The Shetland and dun faced are evidently the same breed or variety, of which there is only one. As to the short-tailed dun faced breed being descended from sheep that had been cast ashore from the Spanish Armada, as Mr Culley seems to think, there is really no good reason to consider it probable. There is no short tailed breed of sheep in Spain, nor is it believed that a breed of this sort ever existed there. And when it is recollected how long the Armada remained on the coast of Flanders, after leaving Spain, it would be reasonably concluded that the stock of fresh provisions brought from Spain, must have been all consumed long before the ships approached the coast of England, or any other art of the British Isles.

In order to shed even more light on the origins of the Shetland Sheep, we need to look at the very beginning of the domesticated sheep

The true sheep comprises a considerable number of wild species which fall into two rather natural distinct groups. The one includes the Mouflon of Corsica and Sardinia (ovis musiman) together with the closely related species of Cyprus (ocypria) and of Asia Minor (orientalis) and the Urial (ovignei) of Persia, Northern India and Tibet.

Nothing is known for certain regarding the origin of domesticated sheep. the view most widely held is that the Asiatic Mouflon supplied most of the foundation stock but the Urial and the Argali have sometimes been regarded as the ancestors of some domestic sheep types. The older view, the the effect that the wild ancestor must have been quite different from any surviving species is not known or accepted. Writing on the breed and it's origins is open to conjecture, however actual visual proof that the breed is almost the same in other geographical areas of the World proves beyond all doubt that what is written above is highly probable.

Scandinavian countries such as Norway, Sweden and Iceland, the Faroe islands and even the Baltic countries have sheep very similar to Shetland. On a visit to Madeira off the coast of North Africa I saw what looked like Katmogit and Moorit sheep, living I may add, on a very similar pasture that which we find in Shetland. A more independent unbiased report called 'Colour and Island Sheep of the World' shows pictorial evidence that there is a very close link between the breeds.The wool quality of Shetland Sheep varies a great deal for a variety of reasons. Since the first recorded details of Shetland Wool quality by John Sherref (1804), many changes have taken place regarding the sheep. However his description of the fleece being light, perhaps 2lb in weight, and of very mixed quality is something that, in a lot of cases, has not changed to this day.

An extract from 'Hammond, Farm Animals':

Growth and development of uniformity of the fleece.

In those parts of the body which develop early in life, such as the extremities of the head, limbs and tail, the hair follicles appear first. These first-formed hair follicles are much larger and coarser than those which appear later in life. The result is that in breeds of sheep unimproved for wool there is a large range of variation in the fineness of the fibres, this gradient runs from the shoulder, where the finest wool fibres occur, to the head end of the neck or the lower part of the leg, the britch, where the coarsest fibres occur. breed improvement for uniformity of the fleece consists in extending the fine fibres in the shoulder over the body and so reducing the variability of fibre diameter in the fleece (Barker). By example at a month old, we can obtain a very good estimate of the degree to which this extension of the fine wool fibres has occurred and so make a good selection for the uniformity in the fleece.

In general the finess and uniformity of the fleece within and between breeds is related to the amount of hair on the tail of the lamb at 1 month old. (Bhattacharya and Hammond).

This explanation makes it very clear that to improve wool quality you have to breed out the coarser fibre which can be found in the fleece alongside amounts of finer wool.