A Decade Of Archipelagos 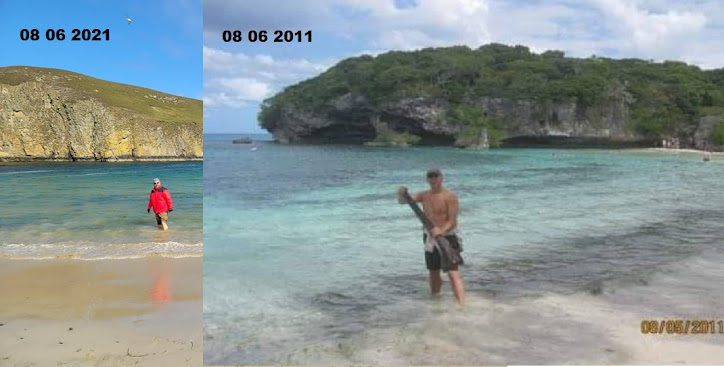 You may have heard of Micronesia, an archipelago in Oceania. But very few people have heard of the similar country Amnesia, as it has all but been forgotten. Feels like that sometimes here on Britain's most remote inhabited island. But isn't that the charm.

The above picture is an example- In 2011, in the South Pacific Isle of Pines is an island in the archipelago of New Caledonia, and today in the Sub  Arctic  Shetland Archipelago  on Fair Isle. What a difference a decade makes- it's all about today, after all, isn't that what we have got left-today.

Love that word-archipelago-a chain or group of islands scattered in the ocean. Sometimes called an island chain.