Puffins! Little Brothers Of The Arctic 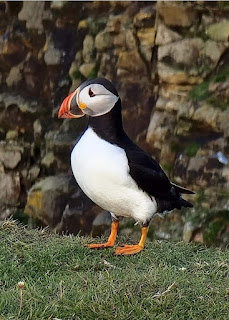 Considering puffins spend the winter at sea, it is a rare privilege to get to see them in their breeding colonies here on the sub Arctic North Sea in Fair Isle. These  Fratercula Arctica

Puffins are unmistakable birds with their black back and white underparts, distinctive black head with large pale cheeks and their tall, flattened, brightly-coloured bill. Its comical appearance is heightened by its red and black eye-markings and bright orange legs. Used as a symbol for books and other items, this clown among seabirds is one of the world's favourite birds. 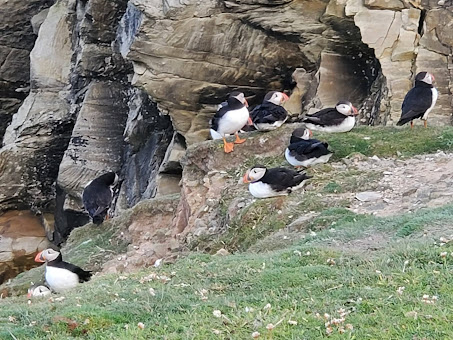